The EPA Rule on Pharmaceutical Waste: What You Need to Know

The EPA proposed new Management Standards for Hazardous Pharmaceutical Waste sets regulations on how we dispose of pharmaceutical waste.

Pharmaceutical waste management is a long and complicated topic that falls within the hub of hazardous waste management. Many studies conducted in the U.S. have revealed pharmaceutical compounds in both surface and ground waters, and it’s because of this that the Environmental Protection Agency (EPA) has proposed a new ruling titled “Management Standards for Hazardous Waste Pharmaceuticals.”

One of the main goals of the EPA is to protect our water supply, so this new ruling clears up some of the preferred disposal options for unused pharmaceuticals from all sources.

The rule, applicable to healthcare facilities including pharmacies and reverse distributors, offers a set of standards to streamline the management of hazardous waste pharmaceuticals, and to make sure the protocols are safe for the healthcare industry and the environment.

Here’s what you need to know about the Management Standards for Hazardous Waste Pharmaceuticals:

When was this ruling signed and published?

According to the EPA’s website, the “EPA Administrator signed the proposed Management Standards for Hazardous Waste Pharmaceuticals Rule on August 31, 2015, and it was published in the Federal Register (FR) on September 25, 2015.”

What is the ruling’s main goal?

Aside from streamlining processes, the new rule aims to make drinking water safer and healthier by reducing pharmaceuticals in waterways.

Fast fact: Going back as far as early 2000, a U.S. Geological Survey found perceptible amounts of one or more medications in 80% of water samples drawn from a network of 139 streams in 30 states.

What about the Resource Conservation and Recovery Act (RCRA)?

The Resource Conservation and Recovery Act (RCRA) provides guidance regarding medications that are known environmental hazards. These are called hazardous pharmaceutical wastes or RCRA drug wastes. The new EPA rule will apply to pharmaceutical wastes that meet the RCRA definitions. These include:

Why a new proposal?

As the pharmaceutical industry changes and grows with more drugs entering the market, so, too, our need to properly dispose of this waste must change.  The EPA rule takes into account the growing industry with an emphasis on public health: businesses will have flexibility to operate under the new ruling while protecting our waterways and the environment at large. The short version is the rule prevents the flushing of hazardous waste pharmaceuticals down the drain.

What is a reverse distributor?

Ultimately, the EPA is going to proceed and finalize, or it will modify the new proposal. One possibility is the expansion of what pharmaceuticals are considered hazardous, and increasing the actual number of hazardous pharmaceuticals.

The new ruling is a complicated read, with the many definitions, sub-categories, what’s considered hazardous and how to dispose of it.

Still unsure of the new EPA ruling? Let MedXwaste be your industry expert on the management of highly complex and multi-discipline waste management programs, including pharmaceutical waste. 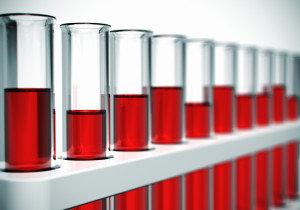